Not sure what the classes this management pack is scoped to for “Server Role Health” and “Services”. I get error “An object of class ManagementPackClass with ID <GUID> was not found.”. Can only assume this was hard coded to a 2012R2 class?

I’m in a pure Server 2016 environment. Have created a new “Server Role Health” scoped to “Active Directory Domain Controller Computer Role”, but unsure what class has been used for “Services”?

If it is the AD Topology Health Status you are refering to it is scoped to the class “object” and the id of the object “Active Directory Topology Root”.

Run this command to get the id:

Haven't errors but all Active Directory dashboards are empty.

All other AD dashboards can’t find group for scoping 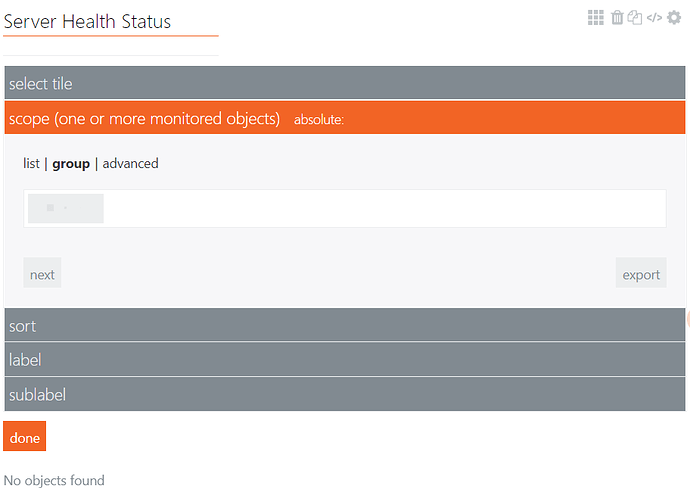 I got my dashboard pack to NOT work now =)

If I remove all Active directory MP:s like the ones for “2008 or higher”. And removed all management packs containing “Active directory” name . Like “base class”.
The ones that came from this MP: Download Active Directory Domain Services Management Pack for System Center - Svenska from Official Microsoft Download Center

Then the ID for topology root changes to the one Alex had.

This is a working filter when you only have the newest management pack installed. I guess you can tweak it a bit by changing the group from all windows computers to something else that contains Domain controllers of all versions from 2012 to 2016. 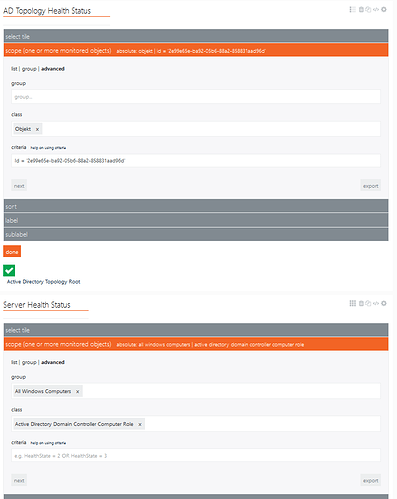 Interestingly the Active Directory Dashboard was also empty (as shown in Alex’ post). I updated the class ID to ‘2e99e65e-ba92-05b6-88a2-858831aad96d’, (powershell returned this ID for me also) but it is coming back as unmonitored. further investigation required.

I’m not sure which management pack you are refering to? Do you have the latest version?
On the Active directory dashboard pack that you can download I only have “AD Topology Health Status” and “server health” no services?

Chris - If you can send us the ID (this isn’t unique in your environment, as IDs from sealed MPs are hashed against the MP name, which is why all the SQUP dashboards and perspectives can be used by all), then we can try and see which MP it belongs in

Strange thing… I tried to download the MP that you linked to and it seems to be a bit newer than the one I have installed 10.0.2.1 versus 10.0.0.0
But after I downloaded it and try to install it I get an error:

Active Directory Server Domain Member (Monitoring) could not be imported.

Can it be some bug in the newest management pack that causes the error you get?
My ID for the object matches the one stated in the criteria.

@jelly… Now it is up to you