Processor and Memory metrics not valid

I am configuring a new Performance Bar and have my scope set to a group of servers.

When on the Metric setting, I am unable to set anything for Processor and Memory, it just says “NO MATCHING ITEMS”. Can I monitor processor and memory utilization?

I also want to monitor Logical Disks but this is not working either. 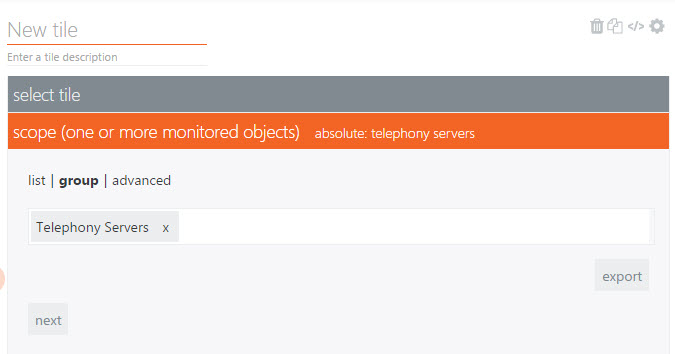 On the scope of the tile you have a group and essentially Squared Up is trying to see what metrics are targeted at the class that is the group.

On scope, choose Advanced and enter your group into the group box and Windows Computer into the class box.

For logical disks, just enter Logical Disk into the class box. If you want to see the disks in that group, use the same method as above

OK, so I have the following set:

When I go to Metric and try typing in processor, memory or logical nothing comes up, infact I cant seem to filter by anything.

Also why is it that CPU and Mem have no stats as on the screenshot below?

Don’t know if you have already confirmed this, but are you able to see performance metrics for those four servers successfully in the SCOM console? Just wondering if performance collection of those metrics has been disabled for those servers by an override?

Can you provide a screen shot of your scope and metric selection?

You can upload images in your original post by editing

Chris mentioned in another thread that he had a whole bunch of DW errors in SCOM. Fairly sure that’s the cause