I am retiring an old version of scom (2007) and implementing 2012. I have 2012 up and running, and all agents that were in 2007 are now in 2012. At one time a lot of agents were multi-homed. I ran through the procedure to remove them from the old environment and removed all of the email subscriptions, subscribers, channels, etc. I am STILL receiving SCOM alert emails from the old environment. I cannot figure out why or where they are coming from. Has anyone seen this behavior and have a solution?

Easy answer - your old Management Group is still up.

How are you sure that its coming from the old one? 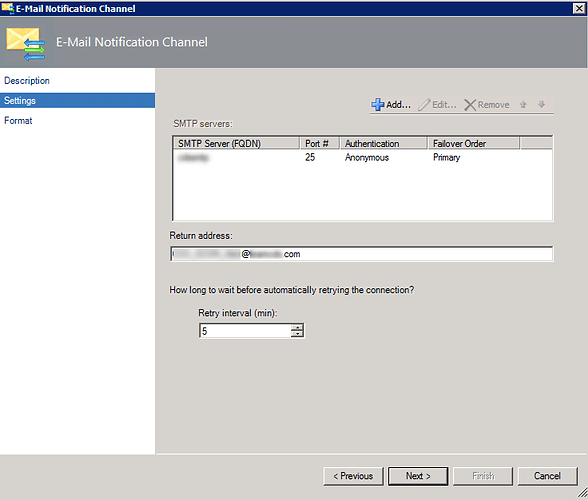 You can’t just shut the management servers down?

I would then suggest, for those that are running non-compatible OS’s, to use the OpsLogix PING monitoring pack (free) to provide Ping Only monitoring in 2012 for these old systems; then shut the 2007 Management Group down.

What is your Active Alerts view showing? Where are the alerts coming from…?

Is it possible you still have some agents multi-homed and they are coming back into SCOM 2k7…?

All else fails, and your old SCOM 2007 is in a mess, with rules and monitors still deployed to the agents. Stop the Microsoft Monitoring Agent service on the remote agent, clear the local cache (C:\Program Files\Microsoft Monitoring Agent\Agent\Health Service State), then restart the service. Try that on a couple of servers and see if it makes a difference.

Doubt it would get that far.

Thats if you don’t want to just shut the entire group down. I am in the same situation with some Windows 2000 servers I’ve had to keep SCOM 2007 running for.

Well there are two or three servers still there that I do not need email alerts for, but I do need to see if any alerts come out for them. They are on OS that is not supported in 2012.